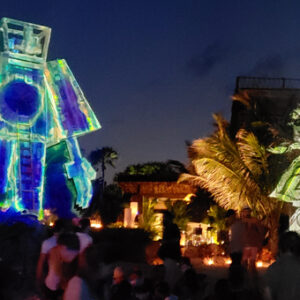 The CosmoGolem is coming to Brussels. This wooden giant, created by artist Koen Vanmechelen, is a worldwide symbol for children’s rights. In collaboration with B-Classic, Studio Koen Vanmechelen and local organisations, we bring together children and artists to make it an unforgettable journey.

The CosmoGolem was created in the 1980’s by Koen Vanmechelen as a symbol for children’s rights. Since then, more than 40 CosmoGolems have given a voice to children’s rights worldwide. In all these different communities, this four-meter wooden giant encourages young people to find and develop their own voice. Through a hatch at the height of the giant’s heart, they can share their wishes and dreams.


In collaboration with B-Classic, Studio Koen Vanmechelen and a number of local organisations in Diest, Leuven and Brussels, we bring together children and artists who want to contribute to the CosmoGolem’s journey.

In Brussels for example, MUS-E Belgium organises creative workshops where children, together with the artists, make texts, drawings, sounds and movements based on the philosophy of the CosmoGolem. Primary School Dertien, Veeweide, Voorzienigheidsschool and Ecole Maurice Careme are already participating, as well as Cultureghem and Huis van het Kind. 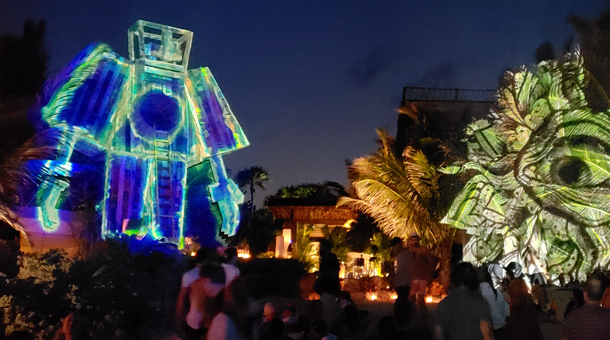 On Sunday 16 May 2021, the CosmoGolem will arrive in Anderlecht for a closing event. On the guest list: all participants from the creative workshops in Brussels, all children and artists who accompany the journey from Genk to Brussels, as well as various musicians and groups from MetX.

CosmoGolem On Tour is a MetX production in collaboration with B-Classic and Studio Koen Vanmechelen. With the support of the Flemish Government, the Anderlecht Department of Culture and a number of local organisations.