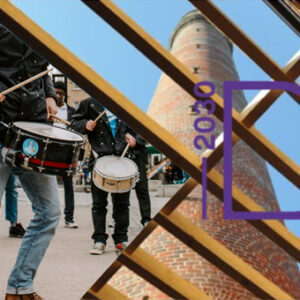 This summer we participate in the preparation of the candidacy for Brussels European Capital of Culture. During the Brussels2030 Summer Assembly we organise percussion workshops with Jo Zanders on 5, 6 & 7 July. In parallel, Jo also gives workshops DIY percussion in Forest. On July 8, both groups bring a closing musical performance.

Hadja Lahbib, Jan Goossens and their Brussels 2030 team invite everyone to join them in the preparation of the candidacy for Brussels European Capital of Culture 2030. They do this through cultural activities and extensive city surveys in close collaboration with cultural organisations and academic institutions in Brussels. The start will be given during the Brussels2030 Summer Assembly from 4 to 8 July at Tour à Plomb. 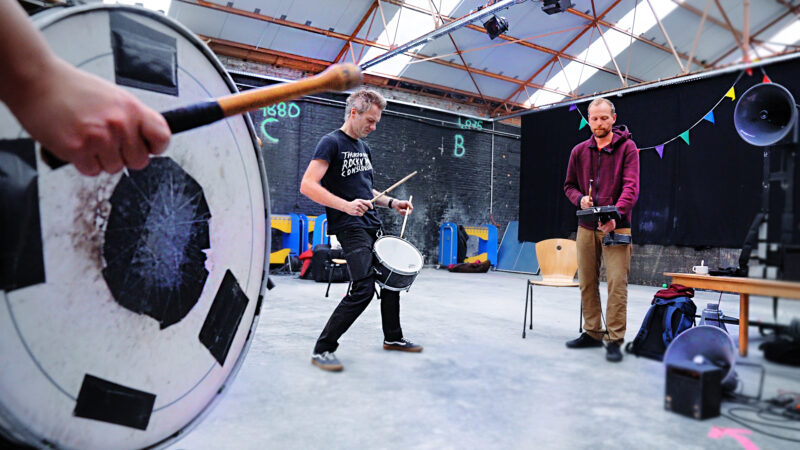 The Brussels2030 Summer Assembly offers a tantalising multi-day programme for diverse urban actors to inspire one another and initiate processes of collaborative city-making. The program includes keynotes, cocreation labs, workshops, field trips and artistic performances, including some from MetX.

During the official opening on Monday 4 July, Fanfakids will play in the City Hall of Brussels. Jo Zanders and Vital Schraenen then challenge the participants of the Summer Assembly to dive into the punk percussion universe of BRUiTAL. From 5 to 7 July Jo Zanders will give percussion workshops every evening between 6 pm and 8 pm. On Friday 8 July we will conclude with a collective musical performance with the participants of the workshops + Jo & Vital, joined by other musicians from Brussels and beyond. 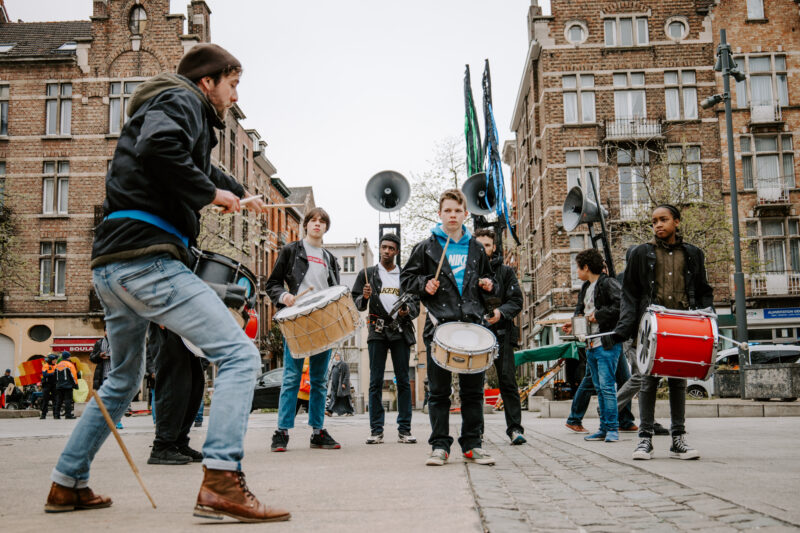 Parallel to the workshops at Tour à Plomb and in collaboration with BRASS, we also organise a workshop week with Jo around DIY percussion and experimental soundscapes in the temporary occupation project Maxima in Forest. On Thursday 7 July, he will perform with these participants in the streets of Forest and Saint-Gilles in the context of Park Poétik. On Friday 8 July they will all participate in the musical performance in Tour à Plomb.

As top-of-the-bill, MetX also welcomes two percussion and wind instrument ensembles from Zambia and South Africa via partner organisation Samba Résille, who will be more than happy to join in the performance on 8 July in Tour à Plomb.