Karen van Schaik is a saxophonist, composer and multidisciplinary artist. She writes and plays music for theatre, circus and dance, among other things. Karen also draws, paints, writes and even designs furniture and costumes.

With a bachelor’s degree in architecture from Delft University, Karen comes to Brussels to study jazz saxophone. Once a professional musician, she settles permanently in the European capital and represents the Netherlands in the European Saxophone Ensemble (ESE), a former MetX project that brought together 12 saxophone players from 12 different member states every year.

Experimenting with dance, movement, theatre and circus
After her period at the ESE, Brussels remains the ideal breeding ground for Karen to develop her various artistic passions. She plays and composes music for Dooshoofd, a musical theatre piece from 2017-2018 based on the poems of actor and poet Kevin Bellemans. In this show she combines alto sax, baritone sax, flute and vocals with loop station and tap dance.

Karen is also part of the Ravno Collective, a collective of musicians with acrobats from circus company Be Flat. In 2019, she participates in “Follow Us”, a social-artistic performance created by Be Flat in collaboration with SPRINGSTOF Parcour and the Ravno Collective. She plays music and her composition ‘Kindred Souls’, written during a residency with Be Flat at Latitude 50, serves as the soundtrack for a film about the performance.


Experimenting with movement is a recurrent theme in her work. She likes to engage with dancers, looking for original interactions between what we see and what we hear. Starting from free improvisations, they create moments of connection and ways in which both reinforce each other.


She also writes music for and plays baritone saxophone with Anthophila, her own five-piece band that she forms with some other musicians from Brussels.

Perseverance in a predominantly male environment
Apart from the artistic quality of her projects, her energy and perseverance also arouse a lot of admiration. For this recognition, she had to persevere in a still very male-dominated environment. During her studies at the Conservatoire Royal de Bruxelles, for instance, she was one of the few female jazz students.

As a programmer for jazz café Roskam, she also noticed that the jazz scene has very few female instrumentalists. To find an explanation for this phenomenon and to create awareness about the topic, she wrote the essay Women Instrumentalists in Jazz.

In a recent interview together with some other female role models, she talks about the impact of working in a male-dominated field. And in an interview for “Les Grenades” (RTBF) she spotlights the precarious situation of many artists before and after the corona crisis. 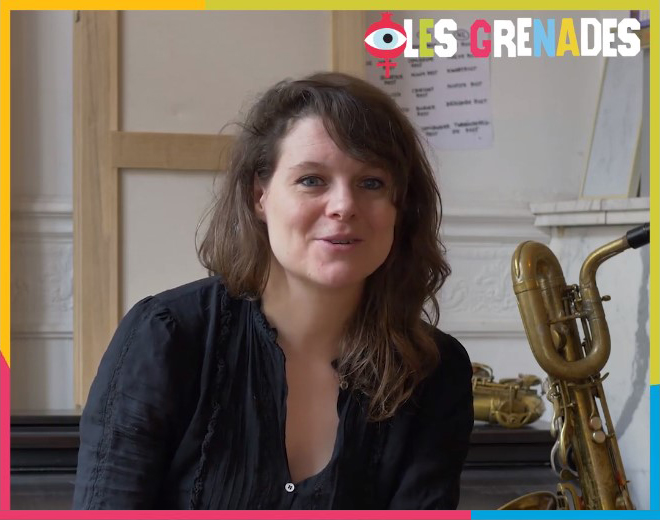 Carte Blanche 2021
This year, Karen receives a wild card to develop a brand new format under the wings of MetX. To this end, she receives logistical, productional and financial support from MetX and she can call on the artistic expertise and coaching of other MetX musicians.

For more info about Karen and her different projects visit karenvanschaik.com