Israel Alonso is a musician of Mexican origin who lives and works in Brussels. Active in various ensembles, he builds bridges between traditional South-American genres and contemporary musical influences he picks up in Brussels. He is also one of the initiators of the festivities around ‘Dia de Muertos in les Marolles’.

Besides playing and writing music, Israel also teaches traditional Mexican music, music theory and singing. He starts up several groups in Mexico: Onírisonante (2008), a company for street theatre and music, and SonÓsfera (2015), a jazz-fusion group that juggles with different traditional Mexican music genres and with which he tours Spain and France. Once settled in Brussels, he and French flute-player Sylvain Boisvert set up the quartet 4Cascabel (violin, guitar, saxophone and double bass), specializing in ‘Son Jarocho’.

Inspired by some friends and artists from Brussels and les Marolles, Israel starts dreaming of a local version of the Mexican Day of the Dead aka Dia de Muertos. In 2018 they join forces with CC Bruegel, MetX and other organisations from the neighbourhood for a first edition. A whole week full of workshops and exhibitions for children and adults, followed by a festive procession on Saturday. During the second edition in November 2019, they bring to life a giant mobile installation called Dance of the Quetzalcóatl and continue the celebrations during the Big Bang Festival at BOZAR.

At MetX he also plays saxophone with gnawa brass band Remork & Karkaba. He introduces the other group members to the Dia de Muertos celebrations and adapts the traditional arrangements for wind instruments and gnawa percussion. The brass band formed the backbone during the processions in 2018 and 2019, after which it also included some songs from Israel in its repertoire. 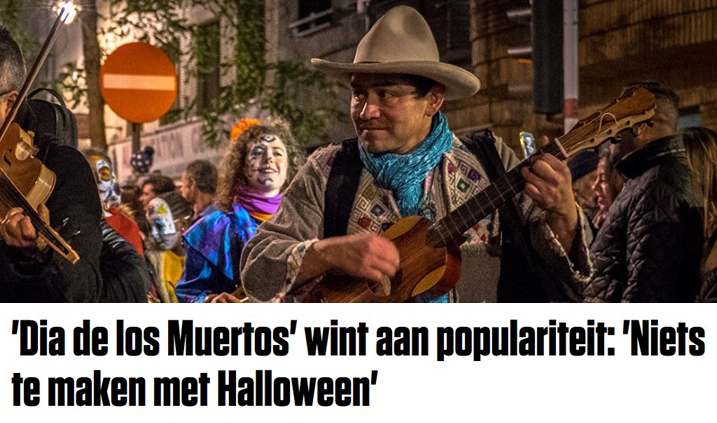