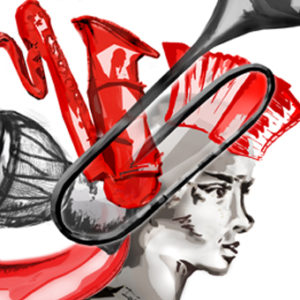 MetX goes on tour in Brussels. Together with several cultural partners, we organise open jam sessions on various locations throughout the city. You can join other musicians, both professionals and amateurs, and tune in to a mix of various musical genres.

At our MetX Solidarity Jam on 30/11 for Fair Saturday and the charity campaign Brussel Helpt, people enjoyed good music while supporting a good cause. On the menu: a try out by our new group Bakanaï, a sticky jam session and a spaghetti fest for the benefit of DoucheFLUX.

It was our fifth jam session of 2019. The one before took place in September at Le Senghor in Etterbeek. At the occasion of Al-Karavan, a series of nomadic musical encounters, we tuned in to the sound of 50 years Moroccan immigration in Belgium. Laïla Amezian and the choral Les Fatmas de Belgica opened the evening, after which Laurent Blondiau and Michel Massot invited everybody to a new musical expedition. Read more about our MetX Jam Supreme @ Le Senghor.

At the start of the summer we organised a jam in Café Floreo, in the centre of Brussels. The musicians of AGO! Benin Brass, touring in Belgium at that time, introduced the session.

The MetX Jam Supreme series originates from the Megafonix Jam Supreme, our festive start of 2019. By means of these sessions, we want to lit up the boroughs of our quirky capital together with our cultural partners.

Jammin’ with MetX and guest musicians