Luc Mishalle is a musician with a uniquely diverse track record. As founder of MetX, he is still very active at the organisation formerly known as De Krijtkring. He coordinates various groups and helps orchestrate large-scale events.

Many people know Luc as a gifted saxophonist with a long-lasting love for and sharp analysis of (North)-African rhythms and melodies. After years of playing with musicians from the Moroccan community, he knows every trick of the cross-fertilization of gnawa music, jazz & brass. Just listen to Beats & Pieces (2018), the 4th album of his group Marockin’ Brass and the apotheosis of a generously filled career.

Luc started in 1976 as a musician and composer with theatre groups: Welfare State International and Emergency Exit Arts (U.K.), Dogtroep (NED), Internationale Nieuwe Scene and Tiedrie (BEL). At the same time he also played in the Netherlands with ‘jazz brassband’ St Juttemis. Under the spell of music from ethnic minorities, he founded MetX in 1981. There he immediately created a few groups that break through at European level: Belçikal, Raï Express and Marakbar (Antwerp ’93).

He composes and develops projects for Flemish institutions such as Monty, Vooruit, Stad aan de Stroom, CCB, Walpurgis or Zuiderpershuis. At the same time, he plays for many years in the Werkgroep Improviserende Musici in Antwerp, under the direction of Fred Van Hove. He plays with just about all the big names in the improvisation scene. Since 1988 he also focuses on contemporary music: he plays with Blindman for 10 years and occasionally with groups such as Ictus and QO2. Afterwards he returns to work as a composer and performer at LOD Muziektheater, De Werf, hetpaleis, Theater Stap (BEL), Ro-theater and DNA (NED).

In 1998 he becomes artistic director at MetX, then still De Krijtkring. After the first wave of successful productions (see above), he develops a.o. Al-Harmoniah, Fanfarrah (predecessor of the current Fanfakids), Aywa! and the aforementioned Marockin’ Brass. He also regularly acts as curator of city events such as the Opening Festival of Brussels European Capital of Culture 2000, Zinneke Parade, OdeGand, BRXLBRAVO and Stadsvisioenen Mechelen.

In between, he also launches some new brassbands at MetX inspired by the rhythms from both North and West Africa: Remork & Karkaba, AGO! Benin Brass and Ander Brass. In 2017, he receives the Princess Margriet Prize from the European Cultural Foundation as the crowning glory of his unrivalled career. 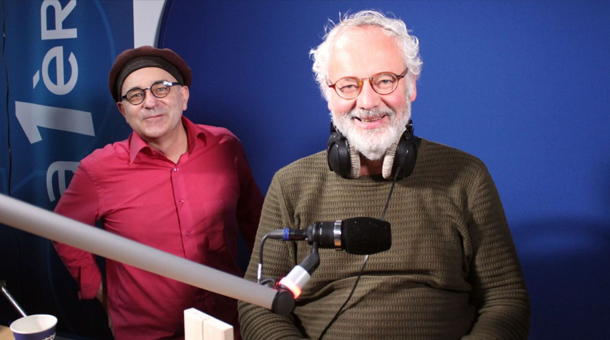